It’s interesting that most Christians tend to shy away from meditation when Scripture includes plenty of references that instruct us to meditate on God’s Word. Undoubtedly, the anxiety and trepidation that arise when you think of meditation often stem from the marked difference between what the world views as meditation and what God invites and commands us to do.

Meditation, in its most basic definition, is focused thinking. It is not inherently good or bad. When you meditate, you reflect on or contemplate. Several issues arise when you not only look at different meditation practices but the deities and sources of knowledge.

As a quick reminder and For the context of our exploration, meditation falls into three distinct categories:

This method focuses on the God of the Bible and His Word as the source of knowledge and wisdom. Paul writes in 2 Timothy 3:16 that Scripture is God-breathed and useful for teaching, correcting and training in righteousness. Meditating on God’s Word is showing obedience to the command to guard His Word in your heart. Meditating on God's Word moves you from an intellectual knowledge of Scripture to a practice that makes His Word an active, guiding part of your life

This process is more subtle, but ultimately primarily focuses on you, your mindset, your prosperity, etc. As the person meditating, you are the focus and source of improvement, power, riches, glory, and prosperity. This includes everything from self-help and positive thinking to affirmations to the “law of attraction” to hypnosis. Western meditation can be troublesome and confusing for Christians. 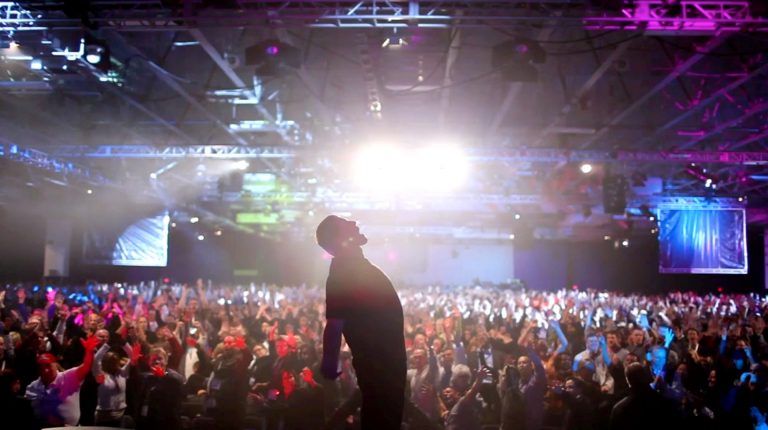 Self-improvement is not bad. In fact, it is both useful and appropriate to develop yourself. The thought raises the question, though: what are your purposes of, focuses for, and the source of your development? In Western meditation, rather than focusing on the Creator, it puts the sole focus and goal on one part of His creation: you.

Unlike the other two practices, Eastern meditation is the embodiment of the stereotypical image that comes to mind for folks. It encompasses many religions, with multiple deities and sources of knowledge. Rather than focusing on a being, it focuses entirely on achieving one transcendent state: enlightenment.

The Historical & Religious Origins of Meditation

References to the practice of meditation surface surprisingly early in the recorded history of humanity. Some researchers believe cavemen learned how to alter their states of consciousness this way as early as 5000 BCE. Wall art showed images of people in traditional meditation postures.

Ancient Indian scriptures(e.g. The Vedas, The Upanishads, The Bhagavad gita, and others) reference meditation practices and technique. The Old Testament authors wrote about meditation. Psalmists meditated on God’s Word, and David wrote vibrant passages about envisioning himself covered by the shadow of God’s wings. An angel told Joshua to meditate on the Book of Law day and night. References to meditating appear in the texts of a variety of religious and non-religious writings. 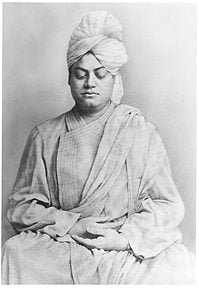 As people-groups, “spiritual” traditions, religious groups geographically shifted, so did the purposes and techniques of various meditation practices. Various Eastern religions, including Hinduism, Buddhism, and Taoism also embraced these practices. Each one developed from their interpretations of Dhyāna, a Sanskrit word meaning contemplation and meditation, which is generally applies to meditation and the Hindu-based practice of yoga.

These original purposes of meditation continue to be a large part of the reason people meditate today.

Various religious leaders, gurus, or practitioners made concerted efforts to develop their techniques. This both encouraged and ensured the widespread growth of the practice.

Philo of Alexandria wrote about attention and concentration in his efforts to meld Greek philosophy with Judaism. In De Ebrietate (On Drunkenness), he described the Divine Logos, which human souls could see through mystic vision, and who pours wisdom into the Logos, the Cupbearer of God. The result was to achieve a union with God. 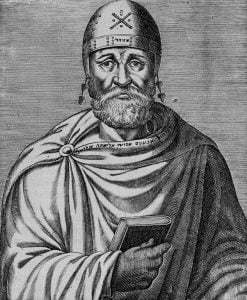 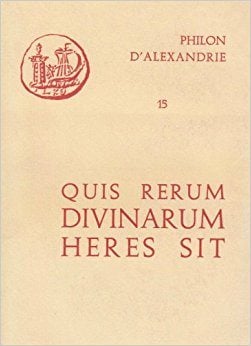 In Quis Rerum Divinarum Heres Sit (Who is Heir of Divine Things), he compared Scripture to prophetic ecstasy. Many historians put this philosopher as a contemporary of Jesus, living around the same time. As a Jewish philosopher, Philo most likely would have heard of Him.

Another philosopher, Plotinus, also developed methodology regarding meditation. Although his thinking was not explicitly rooted in Christianity, his Neoplatonistic teachings on meditation may have influenced Christian leaders like Pseudo-Dionysius the Areopagite and St. Augustine. 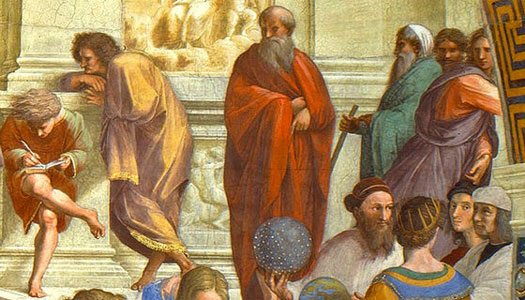 Bodhidharma, a Buddhist monk, is regarded as a founder and influencer of many martial arts. These include Chinese, Japanese, Korean and Okinawan styles, after teaching monks both his form of moving meditation and his self-defense techniques. 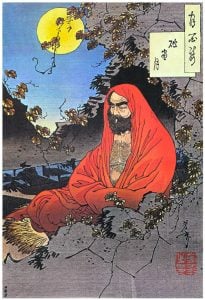 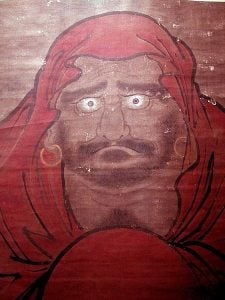 These martial arts began as Shaolin kung fu and have played a role in karate, kung fu, and Tae Kwon Do-based systems. Bodhidharma was also credited with bringing zen meditation (a practice centered on awareness) into China.

Arthur Schopenhauer and Voltaire were both European philosophers who were open to and actively promoted the idea of Buddhist meditation. 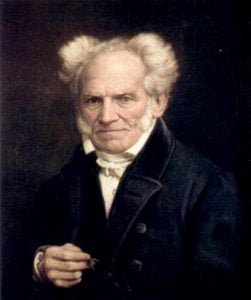 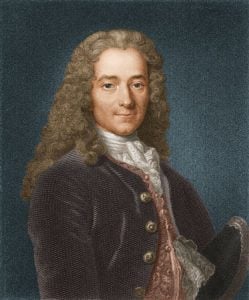 A variety of religions include meditation as part of the regular practice. Guruism, Jainism, Paganism, Taoism, Tantrism, Stoicism and other “New Age” religions, along with the mystical groups of Judaism. However, meditation styles of Buddhism and Hinduism are two of the most prominent. Both religion’s practices focus on being open and present.

There’s nothing wrong with being open to and fully present in your surroundings. Even Jesus tells us we need to be aware of what is going on. That includes being aware of the schemes of the enemy, who prowls like a lion. Jesus’ prompts for us to be aware of the world are vastly different than the open and present characteristics of Eastern meditation. Let’s take a closer look at what Buddhist and Hindu practices are really about… 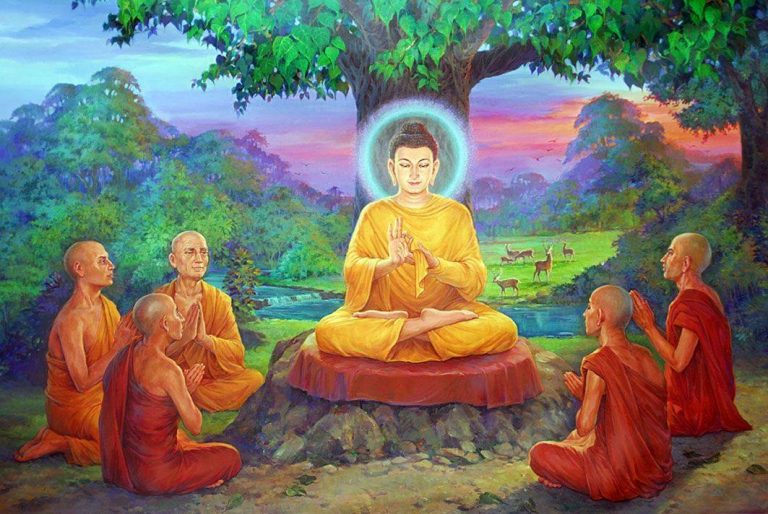 Techniques & Practices: Breath meditation, recollection meditation and, most popularly, Vipassana, an ancient Indian insight technique that translates to “seeing things as they really are.” 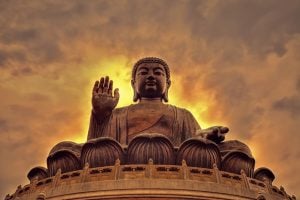 Vipassana Meditation (One of The Most Popular Buddhist Methods)

Vipassana meditation was one of the leading ways to treat and fix “anything wrong in a person’s life.” The practice was originally published in Vipassana manuals written by the Burmese monk Medawi in the 18th and 19th centuries.

Vipassana meditation spread throughout the region, branching into several lines:

Thai Forest. While not technically vipassana, is another insight meditation based in the Buddhist tradition and teachings. 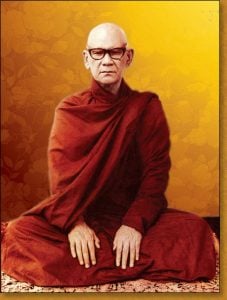 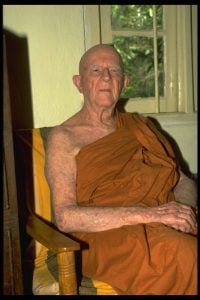 Ledi Meditation. Ledi Sayadaw developed the style, which has become a popular option since individuals aren’t required to convert to Buddhism to practice it. This lineage focuses on the mind-body connection. S.N Goenka is the most recognized teacher of this method. One of his most famous publications is “The Art of Living: Vipassana Meditation.” 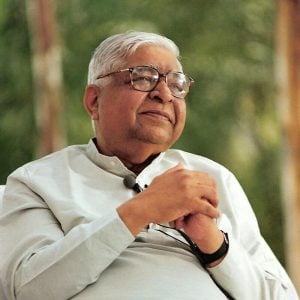 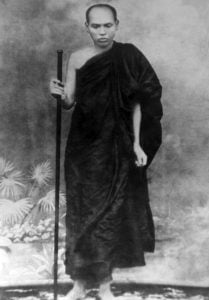 Dhamma.org, which follows the Ledi lineage, says that vipassana meditation is “a way of self-transformation through self-observation…Through direct experience, the nature of how one grows or regresses, how one produces suffering or frees oneself from suffering is understood. Life becomes characterized by increased awareness, non-delusion, self-control and peace.”

Trascending the 16 “Stages ” of Vipassana Knowledge

Many consider this a meditation about mindfulness; of breathing, of nature and yourself. With continued practice, individuals “progress through 16 levels or stages“. You read that correctly… SIXTEEN!

The “big ideas” among the levels are:

Techniques & Practices: Transcendental Meditation™ is the most common modern practice. Early Vedic tradition included meditation with mantras, meditation on a specific deity, meditation on the insight within each person’s mind and heart, and meditation that leads to the state of Brahman.

Primary Teacher: Maharishi Mahesh Yogi developed Transcendental Meditation and brought it to the West in 1959. 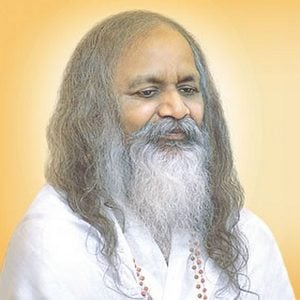 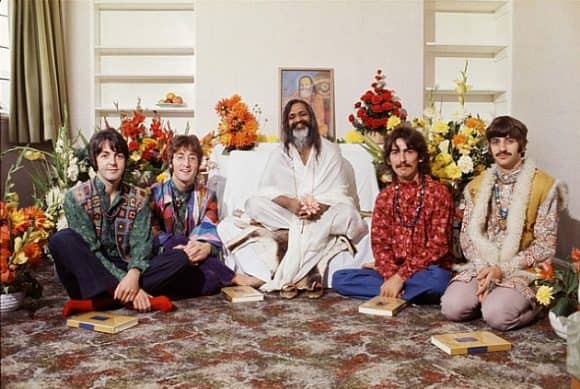 Purpose: Realization of personal divinity (state of Brahman) through a state of altered consciousness.

Main Goals of Hindu Meditation: Discovery of truth from the universal self, mental manifestation of concepts like an alternate heaven, and state of enlightenment in Transcendental Meditation.

Hindu scriptures from the Vedic tradition, dating as far back as 1500 BCE, contain references to meditation. The Upanishads, text from the Vedas, were a foundation for many of the religion’s beliefs and practices. Further instruction and clarity were given in the Bhagavad Gita, which devotes chapters to different yoga practices, including the Yoga of Meditation. 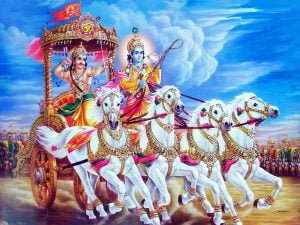 From there, Maharishi Mahesh established Transcendental Meditation. A student of yoga, he believed that the practice was more than a physical exercise. His study and interpretation of the Bhagavad Gita led him to think that yoga is an experience of a person’s inner self, with a focus on the goal, not the path or practice leading to it. Yoga, he said, means united; “it means living unified wholeness in the field of diversity,” he said in a 2007 interview. 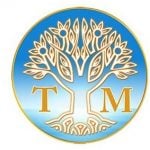 Transcendental Meditation, as taught by Maharishi Mahesh, requires two 20-minute sessions each day. Repetition of mantras, often praising Hindu deities, can help an individual quiet his or her thoughts to the point that those practicing this meditation reach full awareness of their own pure consciousnesses.

Primary Teacher: Acharya Mahapragya, who developed and taught Preksha meditation in the 1970s. 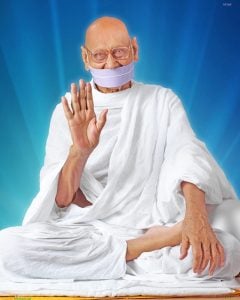 Purpose: Preksha, which roughly translates to “perception,” aims to bring “positive attitudes and behavioral changes by transforming an individual’s personality.”

Jain meditation dates back to the founder of Jainism, with the Agamas recounting the early leaders who attained salvation, seamless knowledge and omniscience meditation. After several hundred years in which Jain meditation was overlooked, leaders in the 1900s began to study the ancient texts. A comprehensive study started in the 1940s. Acharya Mahapragya revealed his vision and research with the 1975 release of Preksha meditation.

Techniques & Practices: Concentration, insight and visualization meditation. All of this is done through many practices, including Qigong (breathing), Tai chi (moving), Zhan Zhuang (standing), and Taijiquan (great ultimate fist).

Primary Teacher: Laozi (Lao-Tzu) wrote the Tao Te Ching in the fourth century BCE. The text, which included exercises on meditation, influenced the practice of other religions, including Confucianism and Hinduism. 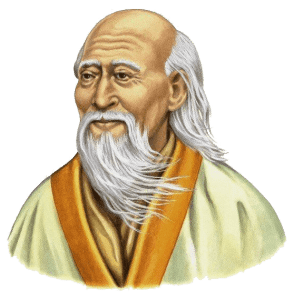 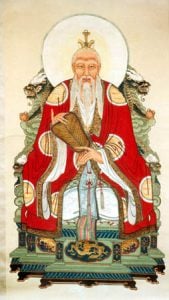 Beliefs / Purpose: All Taoist meditation is designed to raise awareness of an individual’s unchanging, permanent center being, where consciousness resides.

Following the Tao Te Ching, numerous Taoist texts refer directly to meditation. This includes the mental discipline and breathing patterns that make individuals aware of heaven and earth. Taoist meditation utilizes a variety of techniques and practices that can consist of inactivity or motion.

Yoga is found in more than one ancient text in many religions, including Buddhism, Hinduism, Jainism and Tantra, and each practice has a different goal. For example, hatha yoga uses physical or mental development and strength to reach enlightenment.

Others, though, include chanting, mantras, prayers and repetition of the word “om,” a sound which both Buddhists and Hindus revere. In Hinduism, reciting om leads to universal thinking. It’s considered eternal, enveloping existence in the past, present, and future. It's considered to be the sound that began everything. In Buddhism, om “represents the external aspects of a sentient being — his body, speech and mind.”

The poses and sequences in yoga have a specific purpose in mind, including:

Outside of yoga, several other meditation techniques are practiced by multiple religions, including:

Kundalini Yoga. Found in Buddhist and Hindu teachings and urge the practitioner to tap into dormant energy for healing and a new level of consciousness.

Visualization Yoga. Inspired by Buddha, the practitioner imagines one situation to make it a reality.

Zazen (“Zen”) Yoga. From the Zen Buddhist tradition, this uses self-guidance to help a person clear his or her mind. As you can see, most Eastern meditation practices have the goal of clearing one’s mind to reach a new level of consciousness — usually striving to achieve enlightenment. The idea of higher understanding, stress relief and improved health can be a big motivator for individuals curious about practicing meditation. The fact that it has become a part of American culture means it’s easier than ever to learn these techniques.

Questions About Eastern Meditation for Christians

The questions for Christians are often these:

Join our newsletter for two free meditation tracks from our recent "Who I Am in Christ (Biblical Affirmations)" release.

Wahoo! You have successfully subscribed.